Touring the Houses of Parliament

Happy Tuesday and happy four day week! Hooray for that, right? I'm totally in love with this week being short - it makes such a difference doesn't it? This year April is most certainly my favourite month what with two four day weeks, plus my birthday and a holiday. It's hard to be unhappy this month, even with the last few days of rainy grey days.

At the start of the month, when it was sunny (do you remember that time?) I had a brilliantly fun and super touristy day in London town with uni friends. I hadn't seen these two for ages, but as is the way with people you've known for ten years(!!!!) and people you've lived with we snapped straight back into our usual (distinctly immature) ways and had an awesome day of catch ups and fun times. We started at The Southbank food market and after eating a ton of food, listening to some awesome choirs and putting the whole world to rights we headed across the river for a touristy walk to our final destination of The Houses of Parliament. We spotted: Trafalgar Square. Check. The Mall. Check, Horse Guards Parade. Check. Whitehall. Check. Downing Street. Check. Westminster Abbey. Check.

My commute to work used to take me past the glorious Houses of Parliament and every day I'd admire the stunning facade and think 'I really must book a tour'. I'd heard how fascinating it was and as a history fan I knew I'd love a nosey round this historic building. But as is always the case I just never got round to it...until the start of this month and boy was i glad to finally go on the tour - it's truly fascinating! 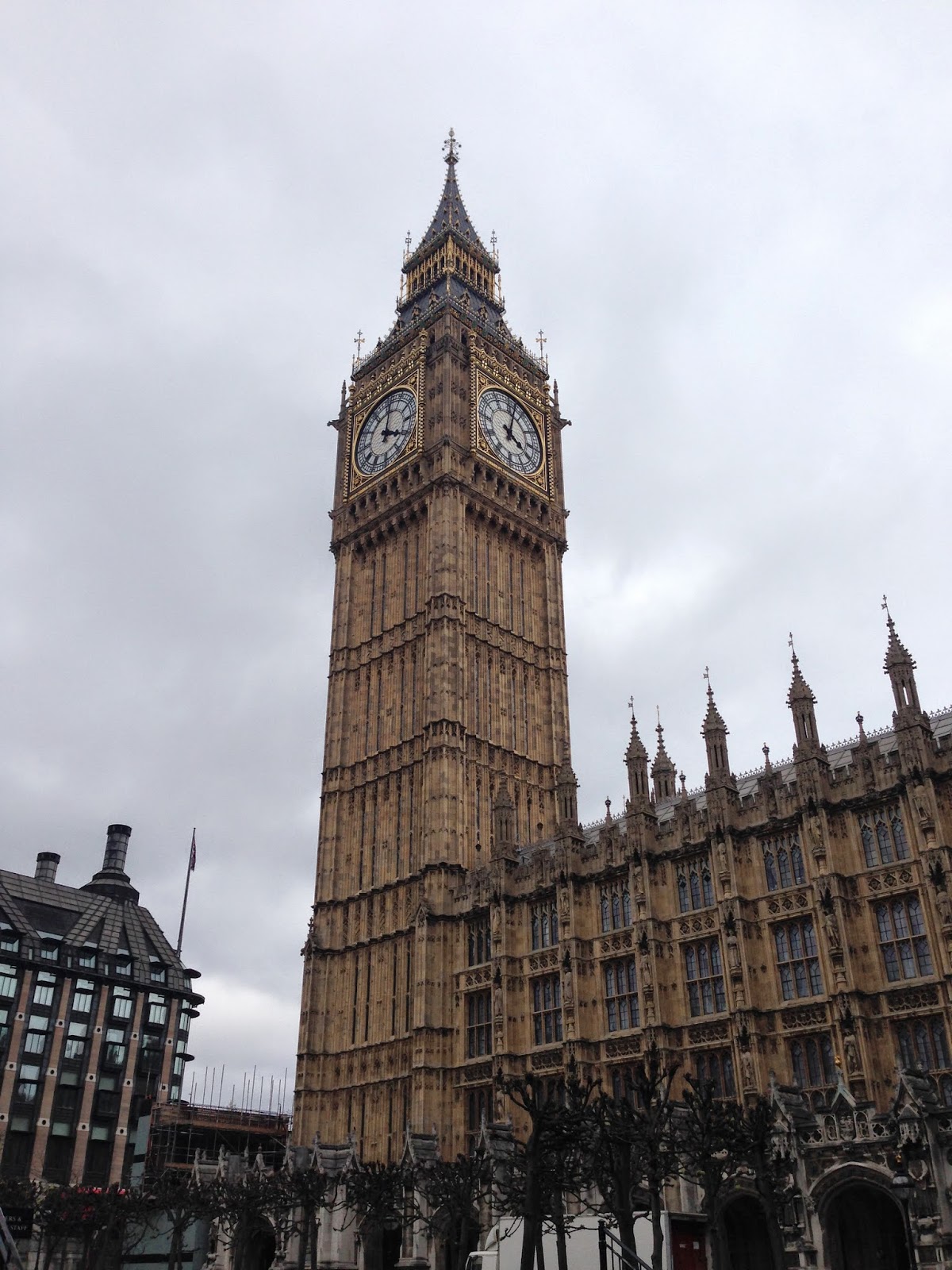 We were booked into the 4pm tour so after a crazy amount of security akin to a transatlantic flight we met our brilliant tour guide and headed in. Sadly you aren't allowed to take pictures but I can assure you it's as beautiful and stunning as you'd imagine. It's also a hell of a lot smaller than you'd think. Honestly I don't know how everyone fits in there. The tour starts at the very far end of the building, where the Queen enters for the opening of Parliament, then you head into the Robing Room, which is where she puts on her ceremonial outfits. You then head through different chamber rooms and lobby's before visiting the House of Lords and then the House of Commons. Finally you end in the massive Westminster Hall.

As I can't share any pictures with you I thought I'd share some of the fascinating facts that I learnt during the (almost) two hour tour, so here goes...
* Westminster Hall is the place where politicians like Churchill have lain in state prior to their state funerals. In fact on the floor of the hall there are plaques commemorating each of them.
* Prince Albert (married to Queen Victoria) was in charge of sorting out the decor and he did a pretty impressive job. There is a LOT of colour, gorgeous paintings and some stunning works of art.
* The palace was originally the King or Queen's home in London. Henry VIII was the last resident of the palace
* Westminster Hall is the oldest part of the Palace of Westminster and was built in 1097 - wow!
*When the Palace of Westminster was bombed in the Second World War they managed to save Westminster Hall by diverting all the efforts from saving the Commons building and instead they focused on Westminster Hall. The hall was deemed irreplaceable and the Commons chamber was not.
* The Lords section of the palace (chamber and lobby) is far far grander than it's Commons counterparts. This is partly a result of the bombings in the Second World War. Once the war was over and they were rebuilding the Commons they couldn't justify too much expenditure. So the lobby is stone and plain colours whereas the lobby in the house of Lords has bright colours, golden trappings and plush coverings.
*The paintings throughout the Palace depict key moments in the countries history. For example The Queen's Robing Room is covered in paintings depicting the legend of King Arthur, elsewhere their is the Battle of Waterloo.

Fascinating right? Have you ever been on the tour, what was your favourite part and what did you find most fascinating?